Undertaken for a Family Trust, Kember Loudon Williams brought Indigo in on this project after several unsuccessful attempts had been made to release the value of this site by previous consultants.

Working closely with the design team, Indigo took a landscape-led approach to the project, analysing the various opportunities and constraints and engaging with the Local Authority to create a less formulaic, more integrated design than had previously been put forward.

Deliberately presented as a hand drawn ‘indicative masterplan’, sensitive negotiation with the various local authority officers and consideration of the many constraints on the site led to the successful approval of outline planning permission for 40 units. 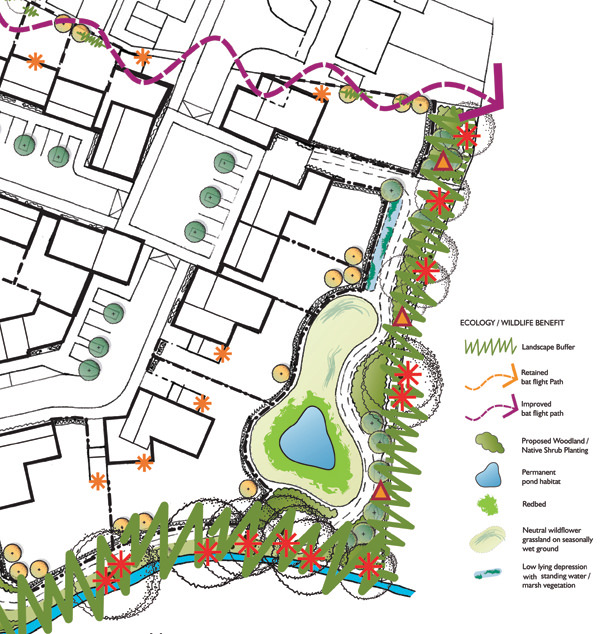 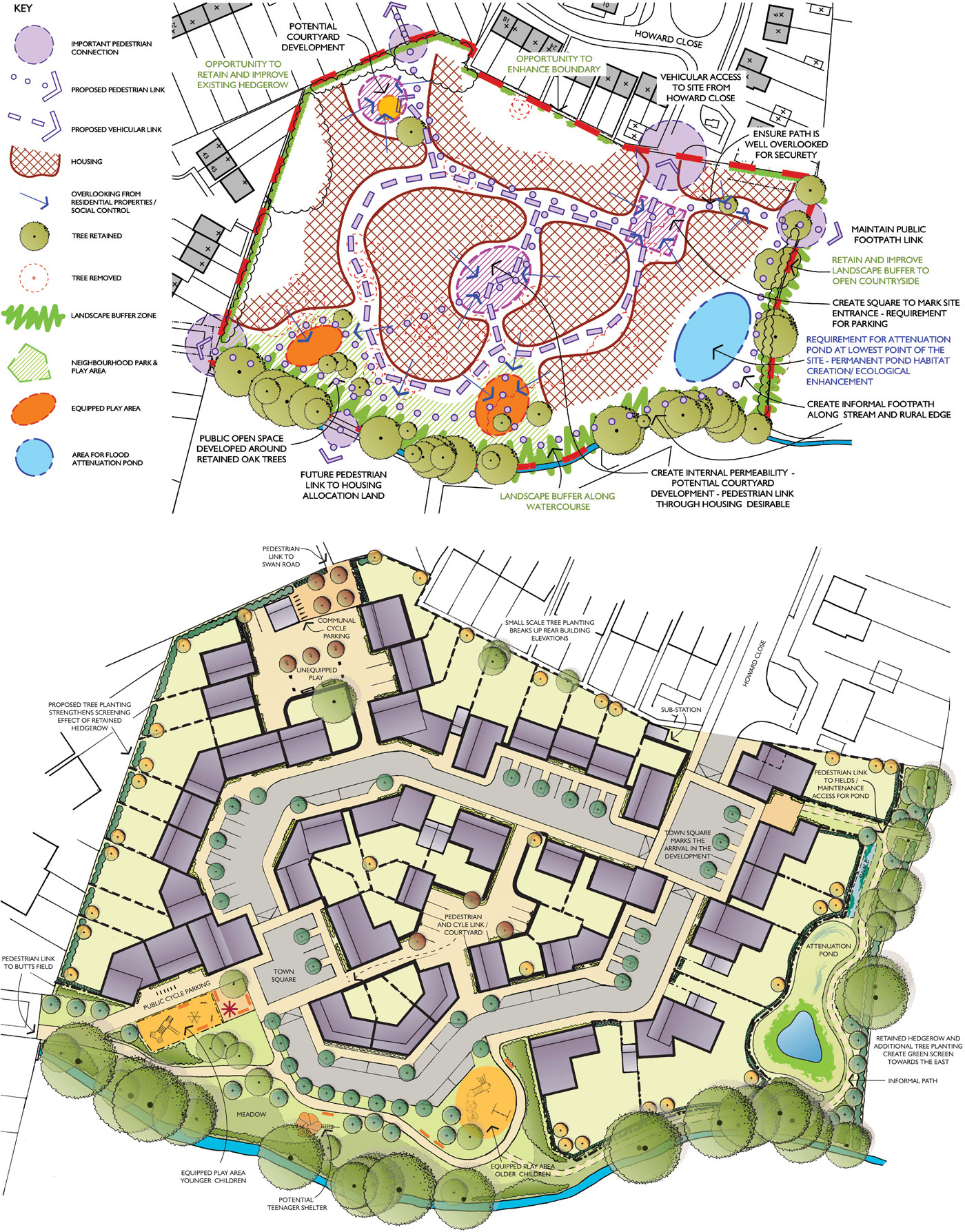 Masterplanning Back to Top