This project developed out of an initial consultation with local residents regarding possible improvements to Salisbury’s key public park. Indigo developed a site-wide concept which inspired a more ambitious and comprehensive refurbishment of the park, securing additional funding from Salisbury City Council.

Set within a Conservation Area, a floodplain and adjoining an SSSI, the scheme required early consultation with many stakeholders. Key elements involved: new park entrances; a rationalised and improved path layout; designing out areas which threatened visitor security, together with a bold new planting strategy. The scheme was implemented to wide acclaim.

The value of early consultation became critical in engaging local residents who were initially resistant to change. Although the park attracts many visitors, maintaining good dialogue with the residents was critically important and ultimately led to overwhelming support for the improvements and an improved sense of ownership.

“The work focused on improving access and accessibility – creating new entrances & improved paths – and a new and exciting planting scheme. These changes have now been implemented, with a final phase of planting due to commence this winter. Indigo’s horticultural knowledge ensured that particular attention was paid to the new planting in the park, with bold swathes of herbaceous and shrub planting now in place to complement the park’s riverside setting and provide much more seasonal interest.” 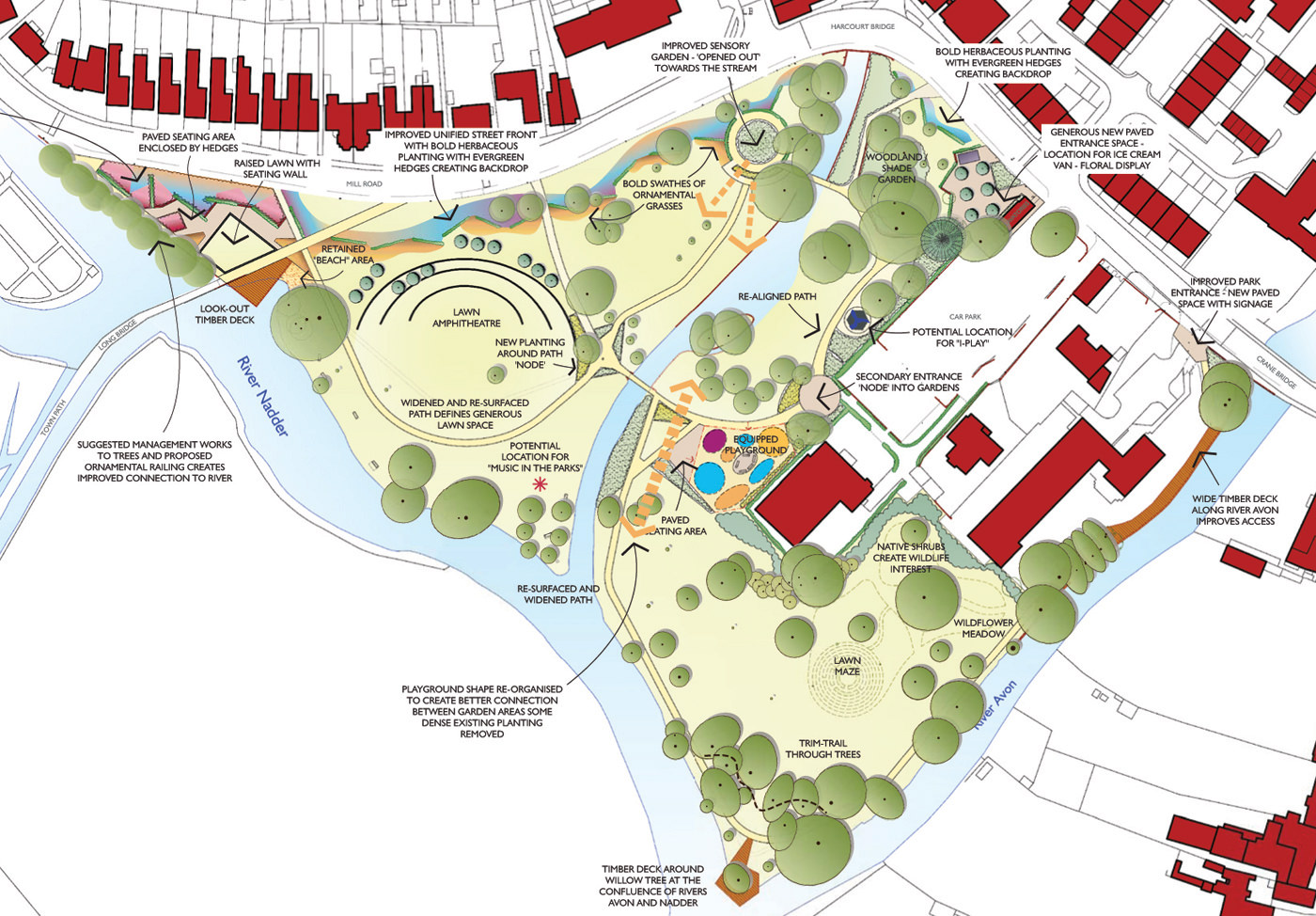