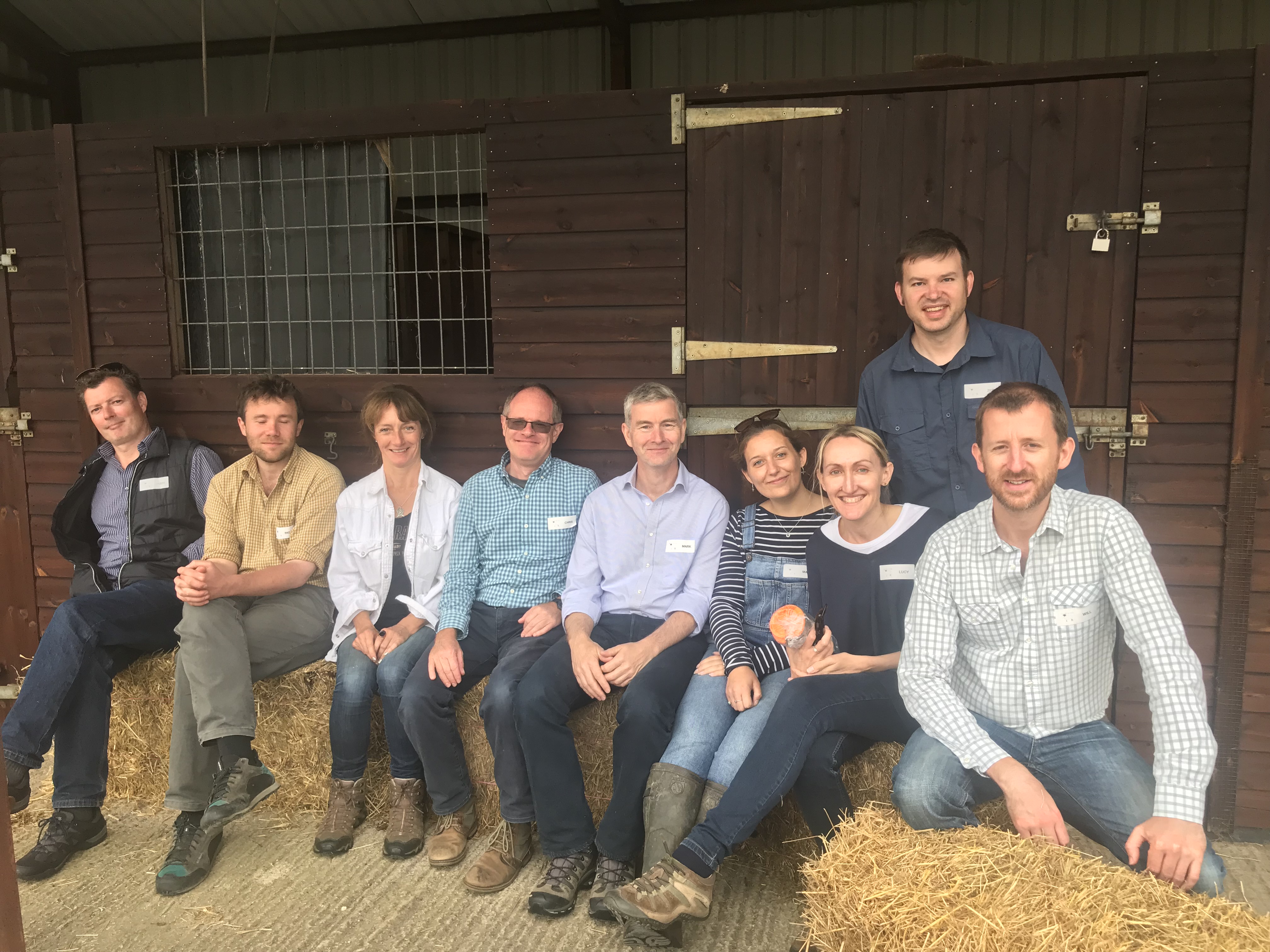 Our team day out was a chance to escape from the office and spend some time together, planning what comes next for the business and having some fun.

We started the day with a team meeting at The Crown in Devizes, a pub next to the famous Wadworth brewery and alongside the Kennet and Avon Canal.  After reflecting on how far we’ve come in the last three years and what we’ve managed to achieve the focus switched to discussing where we want to go as a company and how we get there.

There was time for an alfresco lunch before we set off for our afternoon destination, Mill Farm in Poulshot, where we were booked in for a teambuilding with sheep session run by Raising the Baa https://raisingthebaa.com/.  On arrival we were met by Chris, the shepherd, for a short briefing and then it was time for our first attempt at sheep herding.

Proving much harder than we thought, we tried to persuade the sheep to go through a number of obstacles (we hadn’t realised how high sheep can jump in order to avoid going where we wanted them to!).  Slowly we got the hang of it, the key was to remain calm and to funnel the sheep in the direction we wanted them to go, moving as a team, without overcrowding them or letting them spot a weakness in our defences.

We rounded off the day with tea and huge slices of delicious homemade cake, contemplating the lessons we had learned from our sheep herding attempts and how they would transfer to the office environment. 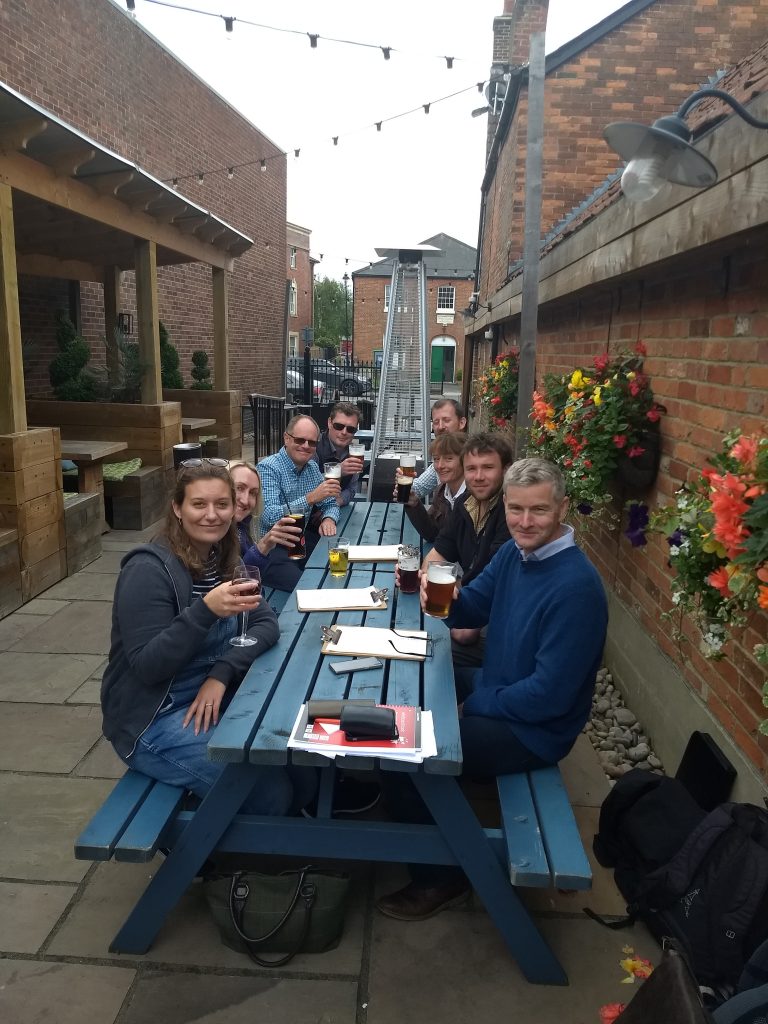 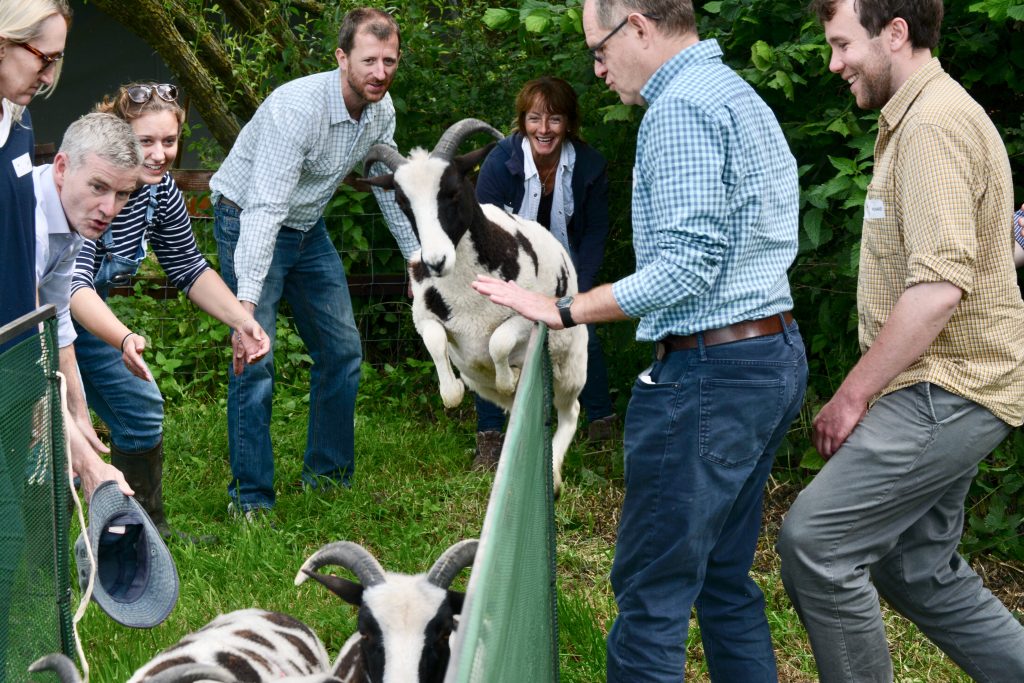 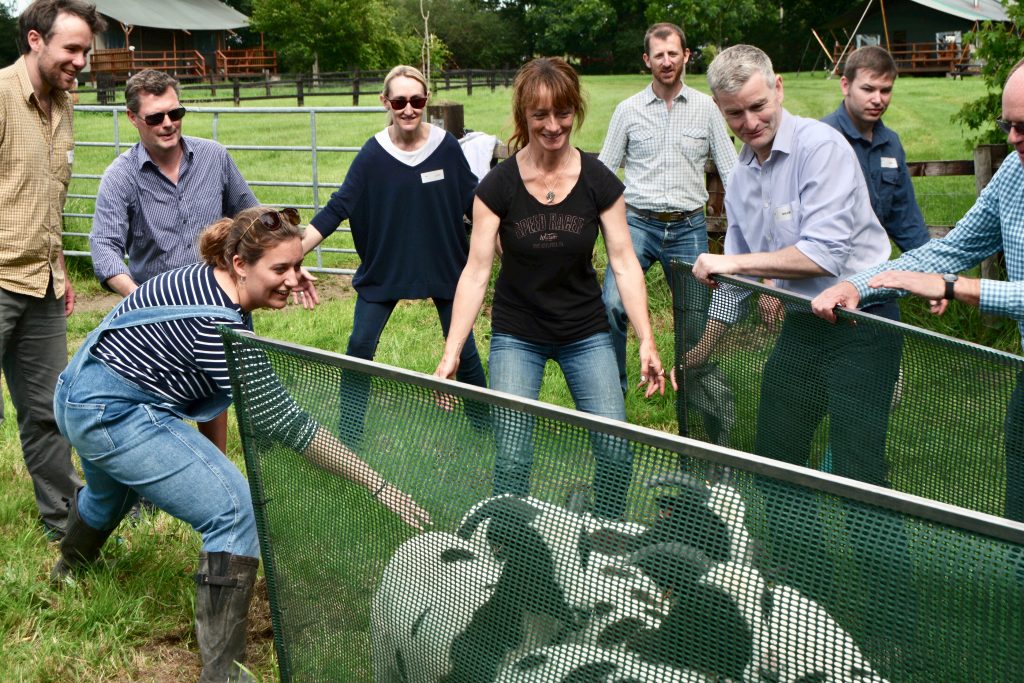